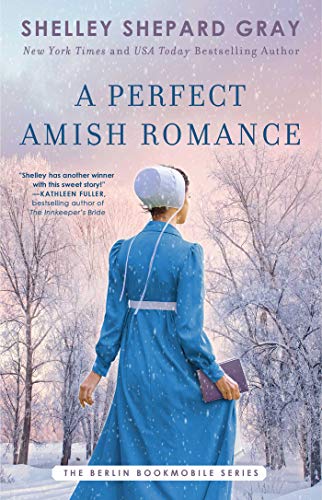 Aaron Coblentz has a secret: he’s been studying to take the GED to get promoted at work. But he can’t let his Amish family know, not when his older brother already left the faith just a year after getting baptized, practically crippling the family. When Aaron asks bookmobile librarian Sarah Anne Miller for some additional study guides, she does one better. She arranges for Kayla Kaufman to be his tutor.

Kayla has a secret, too. Her life has been turned upside down in a matter of months—her mother’s death propelled her father into a constant state of depression, and unable to deal with his erratic behavior, her longtime boyfriend has broken things off. But despite losing those she holds most dear, she hasn’t completely given up on love. Only now she seeks to find it in the sweet romance novels she secretly checks out from Sarah Anne’s bookmobile.

As Aaron and Kayla’s study sessions start to feel less like work and more like pleasure, they soon realize that happily ever afters don’t only happen in fiction; sometimes they happen when you least expect it.

Miriam and Calvin Gingerich have been trying for a baby for several years, but the Lord hasn’t seen fit to bless them. Though Calvin claims he’s content with their childless state, Miriam knows he’s not, and when he starts spending more time off their farm, she worries he’s found someone else. But just as she finds herself at her lowest point, she discovers the ultimate surprise. Unable to confide in anyone who might tell Calvin—out of fear she’ll disappoint him with another miscarriage—Miriam turns to bookmobile librarian Sarah Anne Miller—and any books she may have on pregnancy and childbirth.

Calvin has been keeping a secret from his wife, but it’s not another woman. It’s a little boy. One afternoon when visiting Sarah Anne’s bookmobile, he meets Miles, a ten-year-old living with a foster family down the road. But after spending more time with the boy, Calvin learns that his foster family has no plans to adopt him. Calvin feels a connection with Miles and yearns to give the boy a home, but he’s afraid to tell Miriam, knowing she’s devastated they can’t have children of their own.

As weeks pass and Sarah Anne learns that Miles has nearly given up hope of ever finding a real home, she knows it’s time to intervene. It’s going to take some fancy footwork and a whole lot of prayer, but she knows she can help make this struggling couple into a happy family of four. 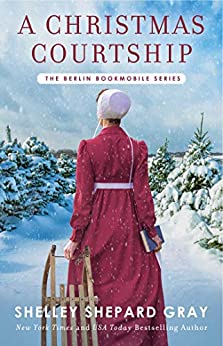 A solitary sort, forty-two-year-old Atle Petersheim spends his time hard at work in his wood shop. But as the days get long, he realizes just how lonely he’s become. When his longtime crush, Sadie Mast, a widow and mother of three, asks him to help her build a room in their barn for her son Cale, Atle can’t say no. Eager to pursue Sadie at last, he turns to bookmobile librarian Sarah Anne Miller for courting advice. More than happy to help, Sarah Anne decides the best way to learn about love is through books—romance novels to be precise.

Between completing holiday orders for her flourishing food business, helping Cale navigate a dramatic new relationship with his boss’s daughter, and coming to terms with the trauma her late husband had inflicted upon her and her children—not to mention Atle showing up at her door with flowers—Sadie is in over her head. Though Atle’s efforts are initially clumsy and his declarations a bit awkward, Sadie can’t help but be charmed by him. He’s patient and kind...and at times even seems to know far more about romance than he’s let on.