Home > Books > A Wedding to Celebrate

A Wedding to Celebrate 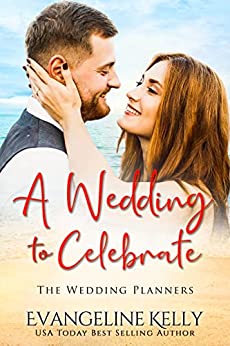 Josie Johnson has a passion for planning weddings, until the day everything goes wrong and her client threatens to personally escort her off the premises.

The humiliation of that event makes her question her future as a professional wedding planner. Her mom convinces her to get back in the game by taking on a free client: an old family friend who turns out to be the worst bridezilla Josie has ever encountered.

After Brady Alexander’s home burns down, he rents a room from an older couple and learns that the other tenant is the wedding planner for his best friend’s wedding. He’s drawn to her right away, but she’s off limits because he’s the best man.

Josie tries to keep a healthy distance from Brady after her friend makes it clear she doesn’t want any relationship drama attached to her wedding. The only problem is, he’s everything she could ever want in a man, and he feels the same way about her.

Josie can’t let anything mess up her chance to prove herself as a competent wedding planner, but when she becomes more and more convinced that Brady might be “the one,” she has a decision to make.

A decision that could change everything.