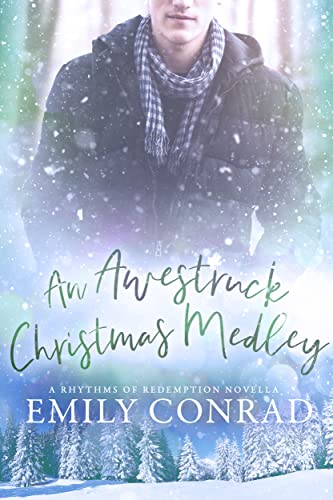 Four hundred miles of snow-covered terrain stand between the men of Awestruck and a Christmas with loved ones.

A blizzard grounds flights and obscures highways across the Midwest, stranding the band at their latest tour stop in Chicago. But lead singer Gannon made a promise he’s determined to keep—to join Adeline, the woman he loves, in northern Wisconsin for Christmas.

Bassist Philip isn’t quite as eager for the holiday. The tour will end shortly after, and then his kids will have to leave their grandparents to stay with him full-time. He loves his children, but he’s not sure he can pull off a memorable Christmas. Does he have what it takes to be a single dad year-round?

When John caught his girlfriend in a lie earlier in the year, he gave her the benefit of the doubt. The drummer plans to introduce her to his family over Christmas, but before they manage to leave Chicago, he discovers more troubling truths. Was he wrong to trust her?