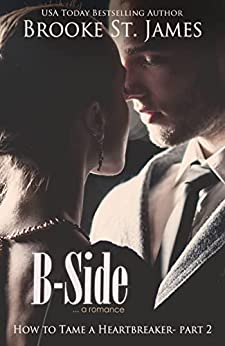 Alec Abramson was a notorious player—an unapologetic ladies' man. He lived that lifestyle for years until the day he was reunited with his first love.

Alec was a literal rockstar who had all the women he could handle. But after a chance meeting with Grace, he realized she was the only one he wanted. He had made a mistake by being careless with her feelings all those years ago, and now he had to begin the quest to win her back.

B-Side is the second and final book in the How to Tame a Heartbreaker series. Twin brother rockstars, David and Alec Abramson, find love in this two-part series. The Heartbreaker series is a spin-off of the Bank Street Stories series, which consists of nine books and a novella. You would have a lot of fun reading all twelve books in order, (starting with Easy Does It) but it's not necessary, and each book is a standalone story.