Home > Books > Christmas at the Inn

Christmas at the Inn 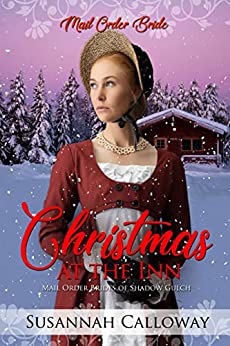 When Rebecca Vanderhall discovers her fate has been sealed, she has two choices: embrace it or fight against it…and run. She chooses the latter.

The only way out of the arranged marriage to a cruel man who is far too much like her father is to find her match as a Mail Order Bride. With courage, Becky sets out on a long journey to Shadow Gulch, Idaho, where she’ll meet the man she’s to marry. But she can’t leave her poor, defenseless mother to face her father’s wrath alone, and so tricks her mother into accompanying her.

With her past chasing her everywhere she goes, Rebecca arrives in Shadow Gulch and meets her husband to be – Walter Adams, a man with a dark past. Can she learn to love the man she’s agreed to marry? Or will the handsome, friendly proprietor of the inn, Ethan Dowser, steal her heart before she says, ‘I do’?