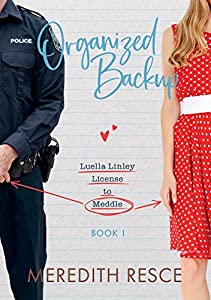 Regency romance author, Luella Linley, arranges her characters’ lives, making sure that they weather all storms and live happily-ever-after. Her characters are putty in her hands, but her 21st Century adult children are not so easily organized. When her daughter, Megan, asks for support with an inappropriate situation at work, Luella decides Megan should get a boyfriend to intimidate her boss. The cop who just pulled Luella over for speeding is a likely candidate.

Cam Fletcher is expecting to be interviewed by a famous author. Instead of sharing insights into his job working in the police force, he is sharing a meal with the famous author and her daughter, Megan. When left alone with Megan, Cam wonders when the interview will begin. The parents’ extended absence gives him a clue, which Megan confirms. Luella Linley is playing matchmaker, but is he willing to play the game? 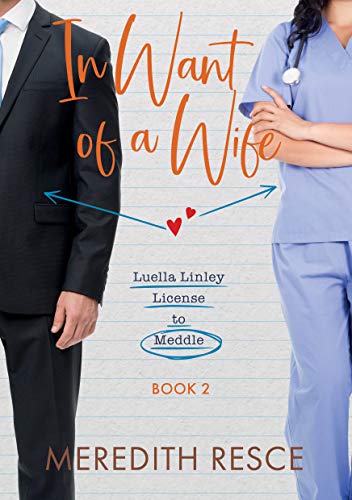 In Want of a Wife

The temptation to match-make is too much to resist. Louise has one success already under her belt. Now this handsome, successful lawyer has just admitted he isn’t married. Single and in possession of a large fortune, Michael Sullivan must be in want of a wife. Louise’s second daughter, Chloe, would be just right for him.

There is no way Chloe will let her mother organize a blind date for her as she did for her sister. Chloe has her principles—and she has a ridiculous, unjust speeding ticket. The person she needs is a lawyer to help argue her case in court. Is it dishonest, when her mother’s lawyer calls and asks her on a date, to agree with ulterior motives?

Michael Sullivan has ulterior motives of his own. This all expenses paid trip to the sunny Gold Coast is merely a case of one person helping the other out—isn’t it? Everyone else might think they’re a couple, but it’s just about winning a court case—isn’t it?

Can Regency romance author, Luella Linley (AKA Louise Brooker) hit the target twice in a row? Meddling in her adult children’s lives is almost as much fun as creating fiction characters, except her children have minds of their own and don’t always cooperate. 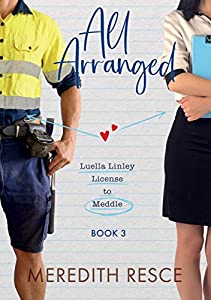 Regency romance author, Luella Linley (AKA Louise Brooker), should feel satisfied she has helped her two daughters marry happily. However, her successful meddling came at a price and her husband has advised she leave the children to their own devices.
But her eldest, Pete, is thirty-five, living back at home and dejected after having been jilted days before his wedding. Her responsible, hard-working and handsome son would make a good husband and father—but he’s given up after three failed relationships. He’s a good catch, but unlikely to be fooled by his mother’s scheming and meddling.
This situation calls for a direct approach. Just like in her novels, Louise decides the parents should do the arranging and sort out the wheat from the chaff.
Carrie Davis is a dedicated career woman and hasn’t had time for relationships. However, her sister, Ellen, is now happily married with a delightful little girl and for the first time, Carrie finds loneliness stalking her. Ellen want’s the best for Carrie, so when she comes across an odd advert in the classifieds, she wonders if it is a prank or an opportunity sent from heaven.
“Wanted. For a social experiment. A family arranged marriage.”