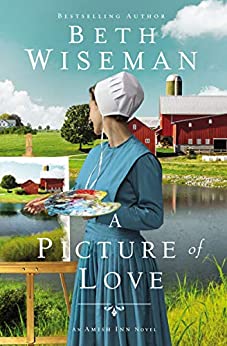 A Picture of Love

Both of them have vowed from the bottom of their broken hearts never to love again.

Sweet Naomi Byler cooks meals for the guests at The Peony Inn, where Amish sisters and owners of the inn Esther and Lizzie love her like a granddaughter. She’s as happy there as a young woman can be, considering that her fiancé, Thomas, has left her to court someone else. She knows she’ll get over the love of her life in due time, but she assumes marriage will never be a part of her future.

Amos Lantz and his mother are guests at the inn, visiting town for a cousin’s wedding. Attending a wedding is the last thing Amos wants to do since his own fiancée, Sarah, died tragically just a year ago.

Naomi and Amos understand each other’s grief and become quick friends when they discover their mutual love of painting. As the two begin to paint through their sadness together, Esther and Lizzie play matchmaker—a risky move with the potential to backfire. And when Thomas makes an unexpected return intending to win back Naomi, she realizes she no longer knows her own heart.

When sparks fly between a good Amish girl and a hunky member of the Hollywood elite, even matchmaking innkeepers Esther and Lizzie know better than to fan the flames.

Evelyn Schrock has dismissed the attempts of every young man in her small Amish community to court her. She’s willing to wait for a suitor who shares her curiosities about life and faith.

The only reason Jayce Clarkson is in Amish country hefting equipment for his famous father’s movie production company is for the paycheck. The homestyle cooking at the Peony Inn is a perk though, as is his friendship with Evelyn Schrock. If Jayce can endure his dad’s put-downs for a month, he’ll finally be in a position to make a fresh start—somewhere away from the hustle and bustle of Los Angeles and the shadow of his checkered past.

To matchmakers Esther and Lizzie, the widowed sisters who operate the inn, Jayce seems like a good man stuck in a life he doesn’t want. But the boy isn’t Amish, and that leaves far too much room for broken hearts. Despite that, Jayce and Evelyn start to realize that they can’t deny their growing attraction. Any path forward seems impossible, and they will have to learn what the future will look like wh 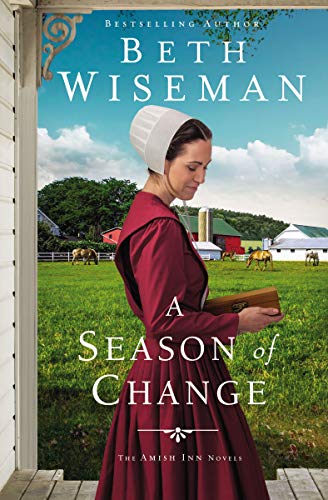 A Season of Change

Finding peace means letting go of the past—and embracing the change that is to come.

Sisters Esther and Lizzie have a new employee, Rose Petersheim, to help them tend to The Peony Inn. But their old matchmaking ways have stayed the same. The sisters focus their efforts on the lovely twenty-five-year-old Rose. Though Rose is witty and outspoken, her nervous chattering makes her the best match for someone calm and good at listening. Someone like Benjamin—the handsome handyman who recently moved to town.

But when Esther receives an anonymous love letter and flowers, Rose’s love life is no longer the only one capturing the sisters’ attention. As they sleuth around searching for Esther’s secret admirer, they uncover that their grumpy renter, Gus, has a secret of his own that could bring about a difficult change in all their lives. And their continued meddling in Rose’s affairs reveals she, too, is hiding something—an old wound that could threaten her future happiness.

As Rose, Lizzie, Esther, and Gus struggle to release the weight of their pasts, they discover that although people are complicated, love doesn’t need to be.

This charming third installment of the Amish Inn series from bestselling author Beth Wiseman is a picture of loss and healing in which forgiveness will prove to be the greatest act of love.