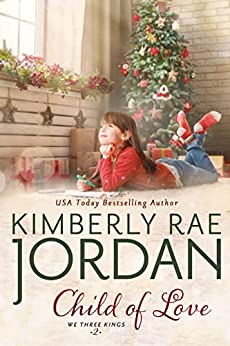 Christmas joy has been a little easier to find this year for Heather King and her loved ones. But while their grief over the loss of her father has ebbed to some degree, his absence is still a huge hole in their lives that they do their best to fill by carrying on his legacy of love and caring for those who cross their paths.

Heather’s heart and mind finally feel in sync, and she’s ready to focus on the future, which she really hopes includes a love of her own. Unfortunately, while their wealth has been a blessing, it’s definitely a curse when trying to date. Previous experience has shown her that a man’s focus is more likely to be on her money than on who she is.

When Asher Larson stopped to help a motorist on the side of the highway, he had no idea what he was getting into. Already struggling to adjust to the unexpected arrival of his young niece, Ash isn’t sure that he has the time or energy to deal with a wealthy woman who seems determined to be a part of their lives.

Though Heather sees much in the reserved man to be admired, Ash doesn’t seem to be as enamored of her. His niece is adorable but also struggling to find her place in this new life she’s ended up with. All Heather wants is to make things easier for the pair, which means exposing them to the King wealth—clearly something that Ash struggles with.

Ash wants Isla to have a memorable Christmas, different from the kind he had as a kid. However, he’s kind of clueless on how to do that since his own experiences with the holiday have always been of a more bare bones variety. When Heather offers him the help he needs, Ash knows he’d be a fool to turn her down, even though he knows it’s a risk for his heart and the feelings for her that he doesn’t want to flourish.

Will Ash be able to see what they have in common? Or will the differences in their lives keep them from exploring what could blossom between them? Ash comes to understand that Christmas is a time for love as they celebrate the love God showed in sending His Son to the world.